Chandigarh: Former Congress leader, Sadhu Singh Dharamsot has been arrested by Mohali Vigilance Bureau early morning on Tuesday. Sources claimed that one Journalist from Khanna, Kamaljit was also picked up by the VB.

According to information Mohali Vigilance Bureau has reportedly arrested Sadhu Singh Dharamsot from Amloh in some forest department-related corruption case, not related to WWICS in which a DFO was arrested on June 2.

VB sources claimed that the arrest has been made in a new case, detail of which will be released by the higher officials of the department in the next couple of hours. 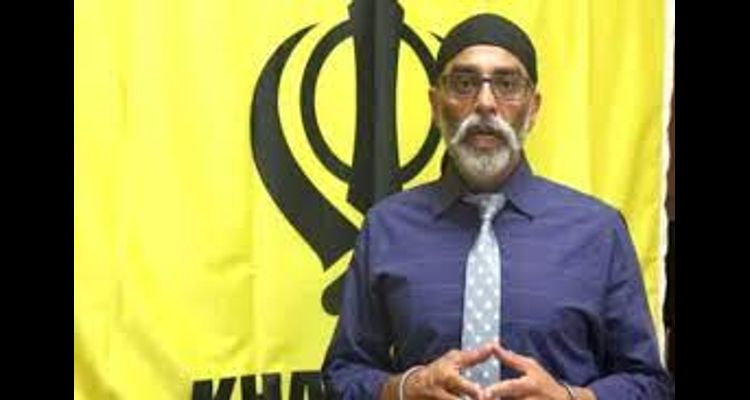 According to information supplied with security services, Gurpatwant Singh Pannun, General Counsel Sikh for Justice (SFJ), uploaded a video on social media portals saying, “Don’t kill the emerging artist if only bullets are to be fired.” General Kuldeep Brar, the Indian Army official in charge of Operation Blue Star, and Brigadier Israr Khan, the Sikh community’s opponents, are responsible for the attack on the Golden temple in Amritsar in 1984.”

“A reward of $100,000 US dollars will be granted by the SFJ for reporting these two officers’ abroad trips,” it continues. The SFJ has called on Punjab gangsters Jaggu Bhagwanpuria, Lawrence Bishnoi, and Dilpreet Baba to take part in the plebiscite in Khalistan, and has promised them safety and a reward if they do. On June 6, 2022, voting for the campaign for Punjab independence, Khalistan referendum, would be proclaimed in Sri Akal Takht Sahib.”

State police are urged to take all necessary precautions and keep a close eye on the situation. 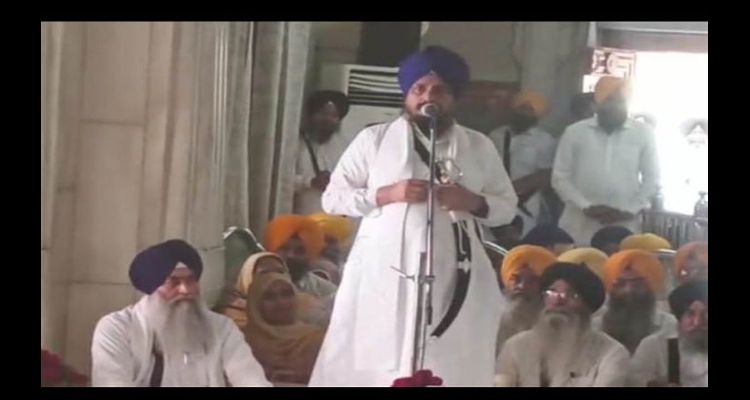 Amritsar: Amidst the deteriorating law and order situation in the state following the AAP coming to the power, Jathedar of Sri Akal Takht Sahib has exhorted the Sikh youth to be prepared to serve panth and equipped with the latest weapons.

During the commemoration of Ghallughara Day at Sri Akal Takht Sahib, kirtan ceremonies were held after the bhog of Sri Akhand Path Sahib. Later, Jathedar Sri Akal Takhat Sahib delivered his message to the nation. Giani Harpreet Singh, Jathedar of Sri Akal Takht Sahib, said that it was high time that Sikh youth be trained to use modern weapons to serve the panth. He said he will ask the two Sikh institutes to prepare a shooting range to legally train the youth to use modern weapons. The Jathedar said that Gatka Training Centers should also be set up as much as possible to prepare Sikh youth. “ At the time of partition of India and Pakistan, Jawaharlal Nehru had devised a strategy to weaken the Sikhs politically, under which efforts were always made to weaken the Sikhs religiously, economically, and socially,” he said adding that Sikhs always recite Ardas in which they pray for the rule of Khalsa. However, the rule of the Khalsa will come when the Khalsa is ready for sacrifice. The Jathedar said that we need to be strong religiously, economically, and socially so now we have to get out of such rooms and go from village to village preaching the panthic agenda.

On this occasion, Simranjit Singh Mann separately demanded Khalistan where he said that the Sikh community should accept Bhai Jagtar Singh Hawara as Jathedar of Sri Akal Takht Sahib. He said that Bhai Harnam Singh Khalsa, head of Damdami Taksal should be removed and Bhai Daya Singh Lahoria should be appointed in his place. Bhai Davinderpal Singh Bhullar should be made the president of the Shiromani Committee. The election of the “Shiromani Committee was being operated by the Central Government due to which Panthic unity is not taking place,” he claimed. Many personalities including Jathedar Singh Sahib Giani Raghbir Singh of Takht Sri Kesgarh Sahib, President of Shiromani Committee Advocate Harjinder Singh Dhami, President of Shiromani Akali Dal Amritsar Simranjit Singh Mann, Bhai Dhian Singh Mand, Baba Avtar Singh, Giani Harnam Singh Khalsa were present on the occasion. Notably, Dal Khalsa has called for a bandh in Amritsar city today and a heavy police force has been deployed at various places in the city. 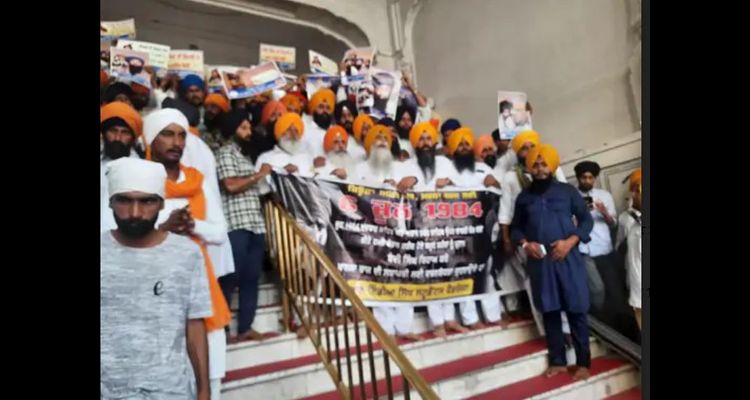 Amritsar: Amid tight security, the 38th anniversary of Operation Bluestar, also termed as ‘Ghallughara’ was being observed in the Golden Temple complex peacefully.

Devotees in large numbers thronged Akal Takht on the occasion.

As the precedence goes, the Akal Takht Jathedar would deliver a message to the community after the performance of ardas to pay homage to those who lost lives in June 1984.

Ghallughara Divas observed every year at Sri Akal Takht Sahib to commemorate June 1984. This time too devotees from all over the country have arrived to commemorate the 38th Ghallughara function. There will be kirtan ceremonies after the bhog of Sri Akhand Path Sahib. Afterward Jathedar Sri Akal Takhat Sahib will deliver his message in the name of the community. Giani Harpreet Singh, Jathedar Singh Sahib of Akal Takht, Giani Raghbir Singh, Jathedar Singh Sahib of Takht Sri Kesgarh Sahib, Advocate Harjinder Singh Dhami, President Shiromani Committee, Simranjit Singh Mann, President Shiromani Akali Dal Amritsar, Bhai Dhian Singh Mand were present on the occasion. Dal Khalsa has called for a bandh in Amritsar city. Police have been deployed at various places in the city. 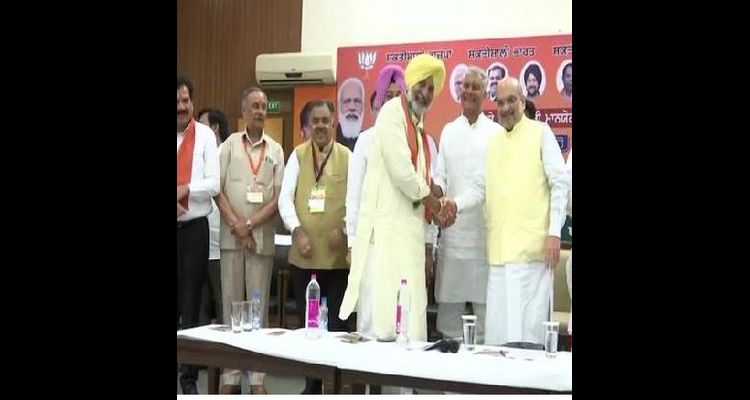 Union Home Minister Amit Shah was in Chandigarh today for a meeting with party leaders and the launch of the Khelo India Youth Games in Panchkula, Haryana. Following the Khelo India Youth Games, Shah visited party leader Sunil Jakhar’s home in Panchkula, where he was joined by Union Sports Minister Anurag Thakur and Haryana Chief Minister Manohar Lal Khattar. At Jakhar’s apartment, four Congress leaders who had defected to the BJP were also there.

After the Congress replaced Amarinder Singh with Charanjit Singh Channi as chief minister last year, Balbir Sidhu, Sunder Sham Arora, and Gurpreet Kangar were ousted from their ministries. The BJP’s admission of four top Punjab Congress figures is considered as a significant victory for the saffron party, which is growing its foothold in the state. Verka has a Dalit appearance, whereas Kangar and Sidhu are Jat leaders, and Arora has a Hindu appearance. It was expected that once Sunil Jakhar left the Congress and joined the saffron party, additional leaders would follow suit.

While reacting to the development, Punjab Pradesh Congress Committee President Raja Amrinder Warring said that all those who defected to the BJP had “betrayed” the Congress “as an ungrateful son leaves his mother.” They were scared and needed a safe, secure political haven, and the BJP gave it, he added.

© Copyright 2022 All Rights Reserved to NewsHulchal.com